LOOK TO LEME: Leme Nolan will perform at Long Leaf Park this Saturday

INSANE AND FUN: Toothsome to release a two-song EP this Friday

UNTIL WE MEET AGAIN: Tours lost but music is still found, Billy Strings

ROLLERCOASTER RIFFS: Zodiac Panthers release a new single '666 Feet Away From My Love'

MUSIC FOR THE TIMES: Local artists share their playlists to help comfort you during COVID

Last Thursday night, JJ Grey & Mofro once again returned to the Greenfield Lake Amphitheater for a soulful, swampy serenade. The sold-out show was also dedicated to 98.3 The Pengiun’s 13th birthday. For more than a decade the Wilmington radio station has not only introduced Wilmington listeners to artists like Grey, but they’ve continued to help bring them to our coastal community. 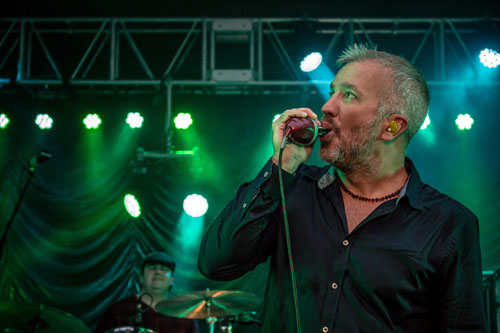 Grey has expressed his love and appreciation of The Penguin radio station and Wilmington many times throughout the years. “The Penguin is a huge reason why we get to come and play in Wilmington,” he told me before his GLA show in 2014. “Good people are doing good things there and they go way beyond the music and shows.” 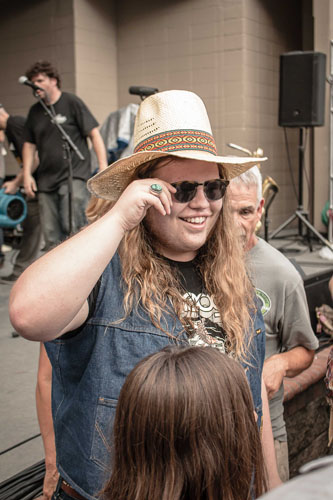 Grey and company were accompanied by The Marcus King Band, who were featured in last week’s encore, and rocked the amphitheater as promised. Several folks traveled from Marcus King’s home state of South Carolina to see him open the show. The 20-year-old spent a great deal of time shaking hands and posing for photos with folks in the crowd, too.

Join us in saying happy 13th birthday to 98.3 The Penguin! Here’s to many more!

In this article:JJ Grey & Mofro, live music, Marcus King Band, ol'glory, The Penguin
Up Next:

STYLE WITHOUT LIMITS: Town Mountain heads to The Throne Theatre, formerly known as Ziggy’s By the Sea

AND THE WINNERS ARE…

Thank you for signing up for our newsletter.